Home Inspection In a No Fly Zone?

Is your inspection in a no-fly zone?

Almost every Commercial or Residential home building inspector has a drone in their tool kit. Drones make inspections not only easier but safer. From the technical side, drones provide a way to inspect roofs that would otherwise be inaccessible. Often, a roof is inaccessible when it is too high, too steep, or too slippery to safely access ( especially commercial buildings ). Additionally, certain roofing materials, such as clay tile, or significant amounts of wear may inhibit an inspector from traversing the roof. So inspectors drone it. But what about the airspace?

Ispecx reporting software warns you of your scheduled appointment is in a no-fly zone or an altitude zone. This data is priceless when a drone inspection may be required for a tall building. Don't find out when you fire up your drone! Know before you arrive!!

Our System delineates where it is safe to fly, where flight may raise concerns, and where the flight is restricted. GEO zones that prohibit flight are implemented around locations such as airports, power plants, and prisons. They are also implemented temporarily around major stadium events, forest fires, or other emergency situations. Certain GEO zones don’t prohibit flight but do trigger warnings that inform users of potential risks.

By default, GEO limits flights into or taking off within zones that raise safety or security concerns.

The GEO system is advisory only. Each user is responsible for checking official sources and determining what laws or regulations might apply to his or her flight.

Now Get that drone in the air and start Inspecting!! 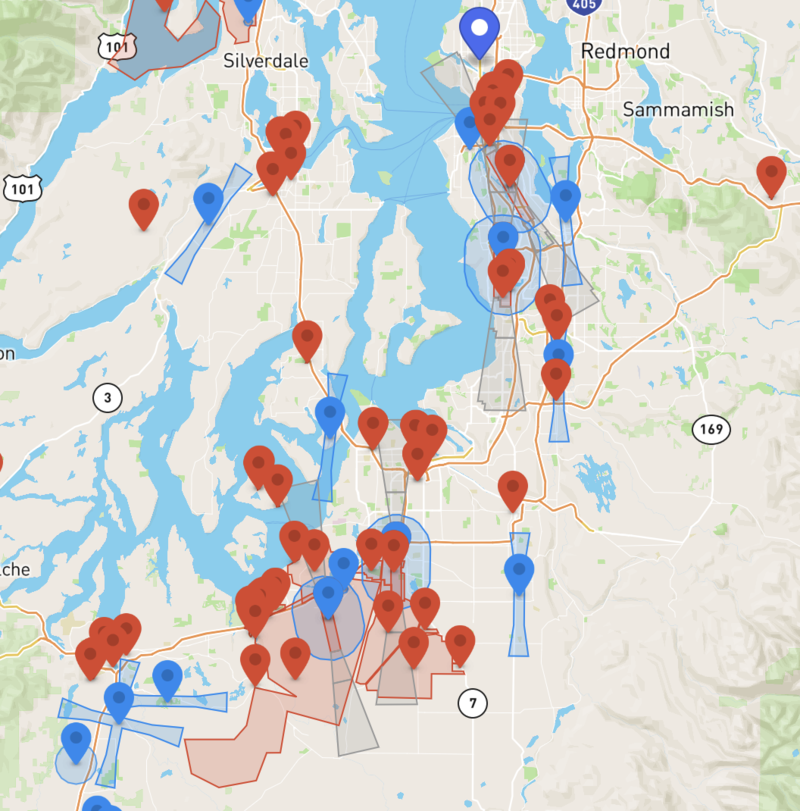 As a dedicated Roofing Inspector this feature is a must have for our scheduling system.

Has saved us many times in crictical no-fly zones.